CLICK THE ALBUM COVER TO PURCHASE YOUR COPY TODAY! 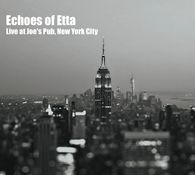 Get the WB scoop! 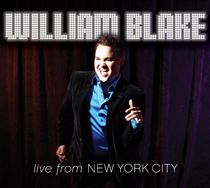 William Blake is a native of Dallas, Texas.  He has been performing professionally since the age of 19 at such Dallas venues as Bill’s Hideaway, Alexandre’s, Absinthe Lounge, and Sambuca Jazz Lounge and Restaurant.  As an actor, his regional theater credits include The Who’s Tommy, Chicago, and The Rocky Horror Show (for which he won the 2006 Column Award for Best Supporting Actor in a Musical as "Riff Raff").  In 2004, William released his first studio album, DayDreamer, with the song selection ranging from jazz (Billy Strayhorn’s Lush Life) to pop (Stevie Wonder’s Kiss Lonely Goodbye).  Shortly after the release, William auditioned for the fourth season of American Idol and went on to compete in Hollywood.

In early 2007, he made his move to New York City to continue his musical career.  He has performed at such notable NYC venues as Don’t Tell Mama, The Duplex, The Metropolitan Room, Sidewalk Cafe, Feinstein's at the Regency, Cafe Carlyle & Bemelman's Bar, Rose Hall at Lincoln Center, The Cutting Room, 54 Below, The Blue Note, Joe's Pub & Birdland Jazz Club.  In 2010, William was honored to receive an invitation to sing at Carnegie Hall in Standard Time with Michael Feinstein.  He also had the privilege of sharing the stage with Liza Minnelli, Chita Rivera, Lucie Arnaz, and many others at Town Hall.  In June of 2012, he and music director Michael Thomas Murray enjoyed a sold-out engagement at Birdland presenting "Echoes of Etta: A Tribute to Etta James" which returned by popular demand that August.  The show garnered William both a nomination for Best Tribute Show and win for Best Male Vocalist for the 2012 BroadwayWorld New York Cabaret Awards.  In 2014, William was awarded the New York Nightlife Award for Outstanding Male Jazz Vocalist and the Bistro Award for Outstanding Vocalist for his R&B performances at Birdland and Joe's Pub. "Echoes" also went on to win the 2014 MAC Award for Show of the Year. He was also a featured vocalist on the NBC Telecast of the 88th Annual Macy's Thanksgiving Day Parade, appearing with Mr. Murray and their Peaches.

William always knew that his second album would be a “Live From” project.  With Mr. Murray, he handpicked the best Soul and R&B songs from 1961 to 1979 where the evolution of the two genres was most significant.  With the tunes in tow and the band in place, the one-night-only performance was recorded at Birdland on September 6th, 2010, to a sold-out audience.  William Blake:  Live From New York City is an energetic, funky and fresh look into the passion and skill of this unique and talented vocalist.

The L.A. Times calls William "a shy young Texan with a powerful tenor," the Huffington Post describes him as "a tonic, a truly unique voice, a wickedly forceful personality," and the Wall Street Journal raves that he is "a blues and soul belter of uncommon skill with his piercing, full-bodied falsetto and dynamic attack."

On November 7th, 2015, "Echoes Of Etta: Live at Joe's Pub" was released and is now available for purchase HERE.